HOPE TO SEE YOU THERE! 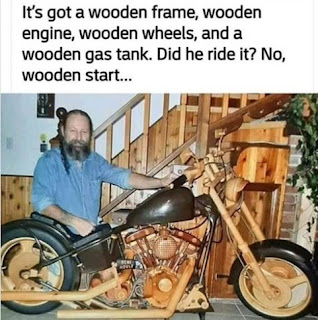 HOW TO CARVE A COCONUT 🥥 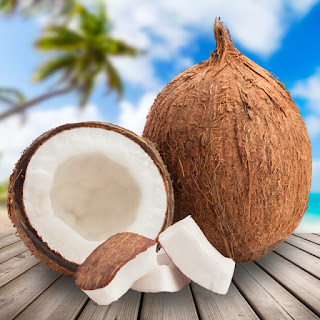 While you might think a coconut shell is best used to hold a cool drink, you can also use it to make beautiful carvings! Coconut carvings are incredibly popular in certain parts of the world, like China and India, and you can use this traditional practice to make lovely decorative pieces. While there are lots of things you can make from a coconut shell, the easiest is a bowl, so we’ll walk you through that process.

To read the rest of the article CLICK HERE. 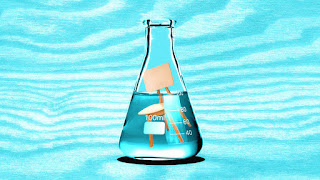 Scientists have already figured out how to grow meat in a lab, nurturing animal cells to multiply into chicken cutlets and burger patties. Now, MIT researchers are hoping to do the same with wood, to quickly produce in a lab what would take decades to grow in nature. From there, they could even coax wood tissue to grow into fully-formed shapes—like, say, a table—in order to mitigate the environmental harm of the logging and construction industries.

TO READ THE REST OF THE ARTICLE, CLICK HERE. 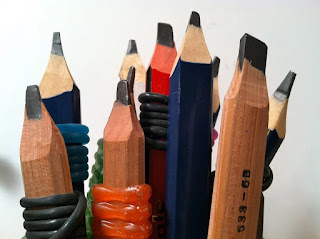 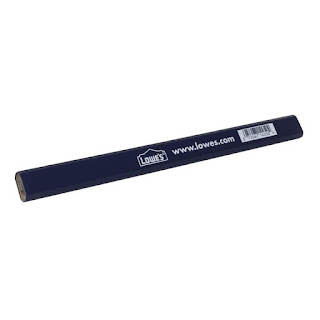 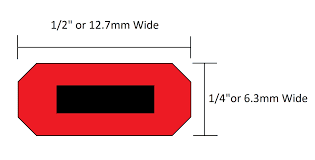 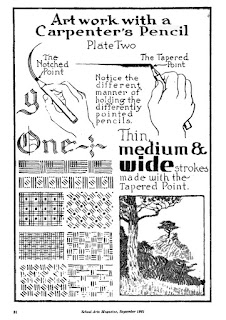 What is a Tick Stick and how it is useful

I Am A Genius 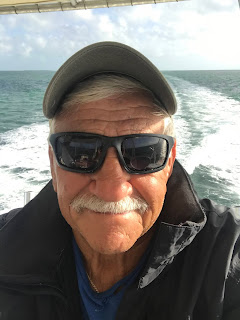 I am a Genius! By Bill Russo

I met Albert Einstein in 1953, two years before he would pass away.. I was twelve years old.

Einstein would vacation in a little town called Cutchogue, N.Y. He would meet with other great minds outside of Rothman’s general store on Main Rd. Max Planck, Neils Bohr and other physics minded people would talk about atoms, matter, space and of course, Einstein’s Theory of Relativity.

One day, as I was passing Einstein who was sitting on a big rock along Long Island Sound, with no one to talk to and looking quite sad, I walked over to him and asked if he was alright. He smiled and said that he was fine but was having trouble with his now famous equation, E=mc 2 . “I can’t remember what the E stands for” he said. 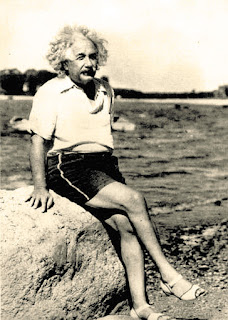 “I know what it stands for. It stands for Entenmann’s. They make great cakes, cookies and all sorts of things. If you try one you will feel much better.” 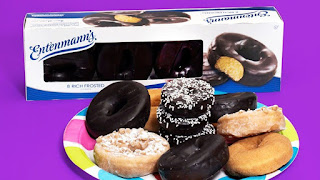 The great physicist thanked me and then I said I would check on him the next day. So I did.

“You are a genius, my boy! A genius!!. I had an Entenmann’s coffee ring..The whole thing! It was delicious and I feel so much better. Thank you for curing my sad feelings from yesterday. Always remember, you are a genius. People always tell me that I am a genius so if I am a genius and say that ‘you are a genius’ it is most assuredly true! You, my boy, are a genius!”

When I went to high school and did poorly in all of my math classes I was sure that my teachers didn’t know they were dealing with a genius....but I knew I was. Einstein said so...By the way, if I say that you too are a genius then be assured that you are one. After all, I should know. 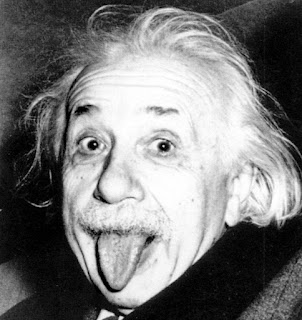 Below is an excerpt from the NY Times.

At a corner of Main Road in downtown Southold, the North Fork of old is converging with all that is new.

Rothman’s Department Store, a bric-a-brac shop that has sold everything from thumbtacks to toasters since 1918, has moved down the block. In several months, its old home will reopen as Einstein Square. Named for the famous physicist who once spent a summer nearby, the new development will include rental apartments and a retail store around a pedestrian plaza. 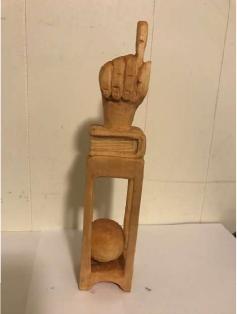 I made this carving from one piece of wood. When I do these things the mind (such as it is) has to focus and plan. It’s easy to cut a piece away that you might need if you don’t pay attention. The good part of carving is that the brain is busy and the problems of the world get lost in the sawdust.

I put the thing on the tv stand. It wasn’t quite finished but I like to stop and look at how things are going. Something was wrong but I couldn’t figure it out..I just left it there awhile..

Myra came into the room and took a look at the project. “What is it?” she said.

“I see a book and a finger..No wait. It’s a hand and they are on top of a ball in a box. It’s another ball in the box thing but why the book and the hand? Is it a softball? Pickleball? Is it a book about the rules? What are you trying to say?”

“It’s just art” said Bill, the would be artist.

“It’s just a wooden book. Nothing is on the pages. It’s just art.”

“Oh”, said the art critic... “I get it. It’s like that wood spoon with the shark entwined in it. I wondered what the relationship was but you said it was just art so I guess it was. I like it.”

And then Bill asked, “Do you like the box and ball that has no purpose and the book about nothing and the hand that’s pointing to nothing for no reason?”

“Yes..Of course. I like them all. They’re on the wall and in the display case, right?”

I remember when my Mom hung my scribbles on the refrigerator. She said she liked them too. (Myra really must like them otherwise they would all be in the shed, outside)

Oh by the way..After looking at the latest “Art” for a while I found out what was wrong. The hand had six fingers.....It’s easier to take one finger off than it is to grow a new finger...

I have another confession....Although I carved it from one solid piece, the hand was so poorly done that I had to amputate it. I made a better one and fastened it to the rest of the project with Gorilla Glue and a dowel.

I always remember when Ralphie’s father received a “Major Award.” He was speechless. “Overcome by art”. That happens now and then...but rarely here.

Ukrainian artist Vlad Yaremenko shows the step by step creation of a remarkable work of art he made using a chainsaw. Turning the massive stump into a Native American with wolves is truly a fascinating process to watch and the finished product is amazing. If you enjoyed this you might also like to see a Cool Chainsaw Carving by artist Jordan Anderson.
Click here. https://biggeekdad.com/2020/10/amazing-chainsaw-carving/
Posted by Ed Conti, Long Island Wood Carvers Association. at 3:54 PM

These wooden pipes were crucial to providing water to Medieval Edinburgh. 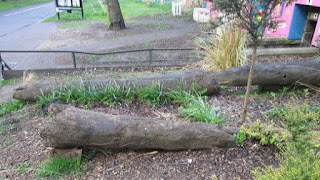 To read the story the rest of the story.....CLICK HERE
Posted by Ed Conti, Long Island Wood Carvers Association. at 3:54 PM 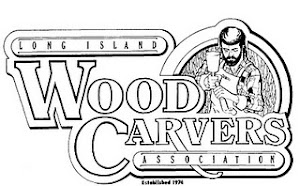 Do You Want To LEARN Woodcarving?

We invite YOU to our monthly afternoon and evening meetings and OPEN CARVING Nights.

Question's About Carving or Joining:

most importantly visit us for a meeting FIRST! 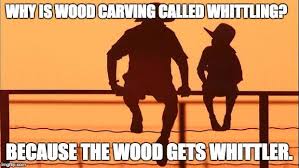 Top 7 reasons to visit our club!

At every meeting you can...

2. Interact with the best

Youth to expert, work with some of the best carvers on Long Island

4. Borrow materials from our Library

Carvers can borrow any of our materials to enhance their understanding and appreciation of their hobby.

5. Be a part of carving workshops

6. Try your luck a the raffle table

Important Disclosure: Wood carving and whittling may be habit forming and could prevent you from engaging in household chores and other unpleasant tasks. Carving is enjoyable and you may be prone to sharing it with others; thus, causing them to experience the same distractions from less pleasant tasks as you may experience yourself...
The above Disclosure was written by our friend Michael Keller,
who is located at: www.WhiteEagleStudios.com

Fair Use Notice: This web site may contain copyrighted material the use of which has not always been specifically authorized by the copyright owner. In accord with our nonprofit mission, we are making such material available for education purposes to advance understanding.. We believe this constitutes a 'fair use' of any such copyrighted material as provided in Section 107 of the US Copyright Law. In accordance with Title 17 U.S.C. Section 107, the material on this site is distributed without profit to those who have expressed a prior interest in reviewing the included information by virtue of their perusal of the various educational pages and links from this web site. If you wish to use copyrighted material from this site for purposes of your own that go beyond fair use, you must obtain permission from the copyright owner. For further information on fair use, go to: http://www.law.cornell.edu/uscode/17/107.shtml